Valentino is one of the most prestigious fashion designers of our times. His creations stand for clear, simple elegance and a unique style. Works of fine arts are the greatest source of inspiration for the distinctive Valentino evening robes and Valentino bags. 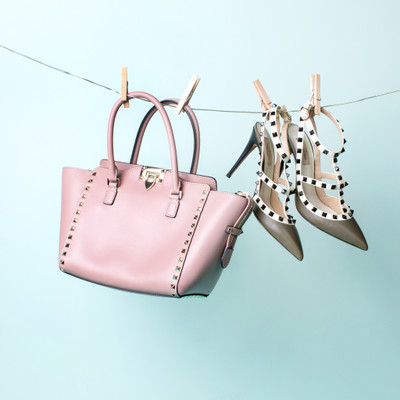 Fashion by Valentino is authenticated by REBELLE

Valentino Garavani is born in 1932 in an Italian small town near Milan. Already at an early age he is fascinated by the world of fashion and thanks to his recognizable talent he wins a scholarship for the Parisian Haute Couture Union at the age of 17. After finishing his apprenticeship as fashion designer Valentino works in the ateliers of Guy Laroche and Jean Dessès.

The development of the label Valentino

In order to open his first own boutique Valentino returns to his home country. At the noble Via Condotti in Rome the couturier finds the perfect location. One of his first customers is Elizabeth Taylor who resides a while in Rome for the filming of “Cleopatra”. She is so fascinated by the work of the, at the time unpopular, young designer that she orders an elegant, white dress for the world premiere of “Spartacus”. Elizabeth Taylor kept faith with the fashion Valentino throughout her entire life.

The growth of Valentino

The actress is long not the only one appreciating the sophisticated style of Valentino. Big names of the movie world as Sophia Loren, Rita Hayworth, Audrey Hepburn or Isabella Rossellini fall for the designer. The crown princess Maxima of the Netherlands wears a tailor-made Valentino dress for her wedding. In addition Valentino dresses Jacqueline Kennedy with a short, white cocktail dress for her wedding with the Greek billionaire Aristotle Onassis in 1968.

The designer uses highly valuable materials only which are often embellished with exclusive lace or pearl- or sequin-embroideries, making his creations fashionable syntheses of the arts. Noticable is his passion for the colours red, black and white.

In honour of the designer a retrospective of his artworks is exhibited in the Capitol Museum of Rome in 1991. Following this the book “Valentino – Thirty Years of Magic”, documenting Valentino’s artistic work, is published. In 2005 he is appointed a knight of the French Legion of Honour before two years later he retires from the world of fashion. The documentary “Valentino: The last Emperor” filmed at the Lido in Venice in 2008 is a beautiful homage to one of the most exceptional fashion designers of all times.

Further information about Valentino can be found under: www.valentino.com

*Valid until 17/08/2022, 11:59 p.m. The voucher can be redeemed in the last step of the order process and can be used more than once. Not valid in conjunction with other promotions. Delivery costs are excluded from this offer.