Set up with the intention of creating high-quality, stylish denim-wear. True Religion is a tried-and-tested favourite of the fashion world, with anyone who’s anyone owning at least one pair of their famous jeans.

My size
New
Save your size and filter the items with just one click.
Clothes size-
XXS
XS
S
M
L
XL
XXL
Color-
Designer+
Condition+
Material+
Season+
Price-
€
to
€
Ready to ship+
only with right to return+
1 - 60 of 254 products
Ready to shipNew In 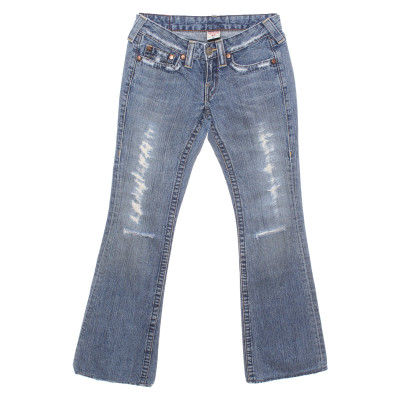 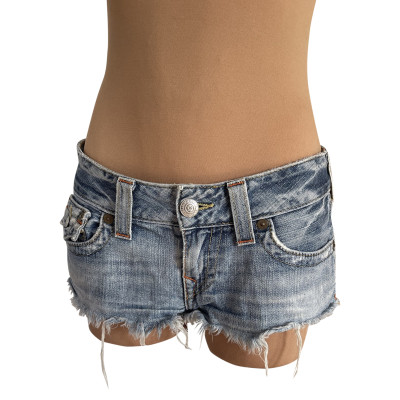 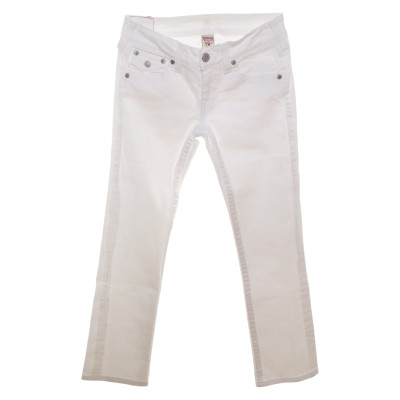 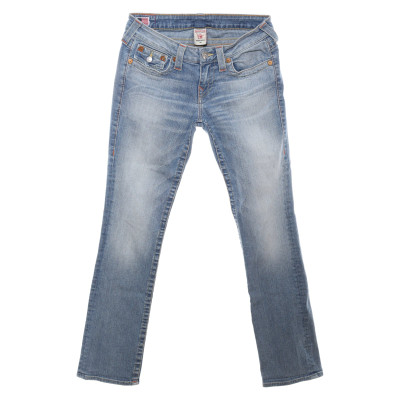 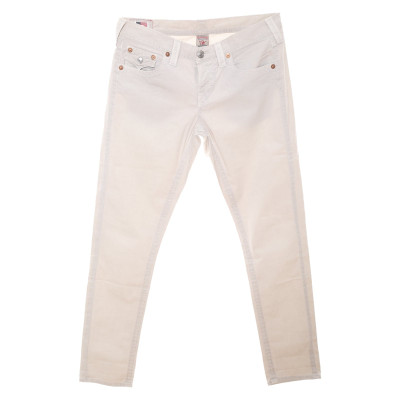 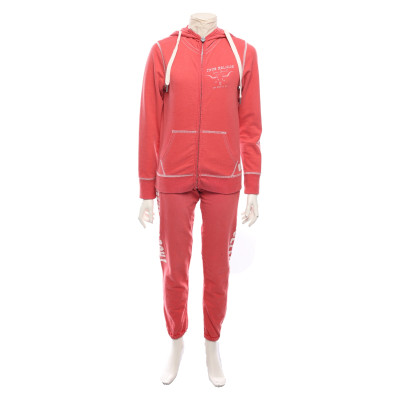 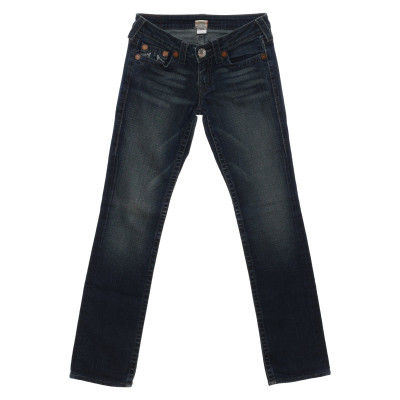 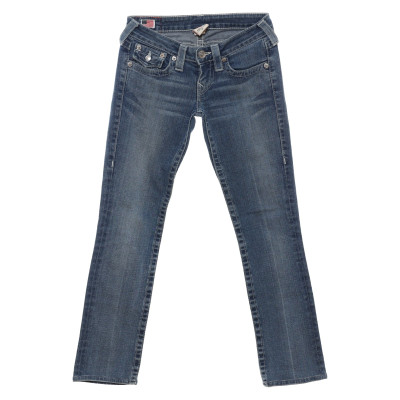 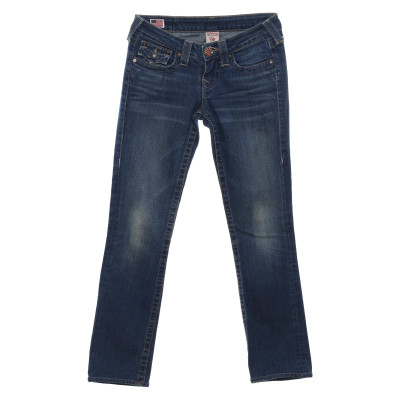 Jeff Lubel is an American clothing designer best known for True Religion his brand of premium denim-wear. As a child Lubel had an early knowledge of clothing stemming from his father’s work in the business. When he was 20, his father moved to LA to work with an apparel company. Jeff asked to work for him, but his father told him to gain some experience in the textile industry first. He got a job at a swimwear costume factory and stayed working in textiles for 25 years. He set up True Religion clothes in 2002 with his then-wife Kym Gold. He believed in his brand so much he had 14,000 pairs of jeans made before he even had a buyer. The risk paid off and True Religion jeans went on to be one of the most loved denim brands in history.

The One True Religion of Denim Worshippers

True Religion was established in 2002; its first line of clothing consisted of various 70s-inspired styles of denim jeans with coloured stitching on the back pockets. The first collection was picked up by Fred Segal and though it took a while to kick in, success was imminent for True Religion. Since its inception, True Religion has spawned over 900 boutiques and specialist stores in over 50 countries. Its also sold in countless high-end department stores and retailers including Nordstrom and Saks Fifth Avenue. The brand has since also branched out from jeans, developing lines of True Religion t-shirts, tops, trousers and other items.

Originally inspired by the iconic jeans of the 1970s, True Religion designed unique and enviable jeans with signature colour-threaded seams on the back pockets. Fast forward to today and they’ve stuck to that initial independent way of seeing denim-wear. True Religion clothing emulates a hippy, boho style while still managing to have attitude. A pair of True Religions are timeless, ageless and faultless - truly an investment for any closet. Celebrity fans of the brand are countless, with stars such as Britney Spears, Jessica Alba and Megan Fox singing their praises.

True Religion jeans are still considered the ultimate in 21st century denim-wear today. The brand dominates its corner of the market through hippy-chic style and dedication to providing excellent denim-wear. Authentic True Religion jackets and coats, jeans and other items can be found second-hand at REBELLE.com. All of our items are thoroughly checked for quality and authenticity.