Purveyors of fine, flawless footwear since the 1980s, Prada’s shoes truly are a thing of art. Crafted carefully to reflect a sleek, cut-throat style, a pair of heels or flats from Prada are perfect for any occasion from a day at the office to a night on the tiles. 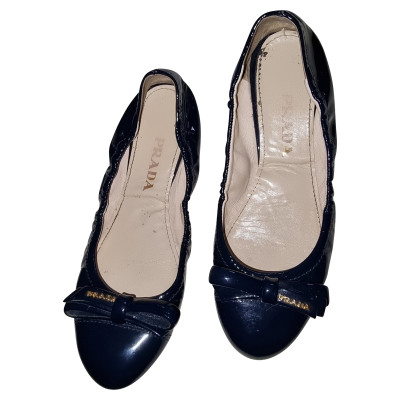 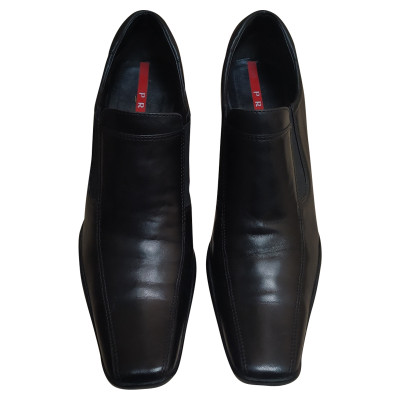 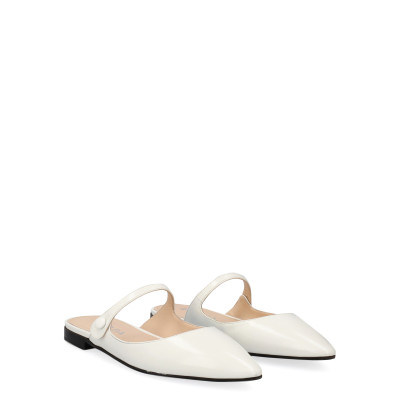 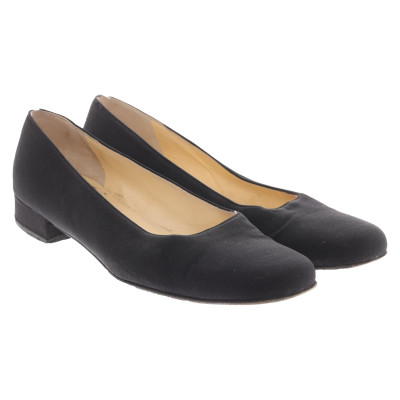 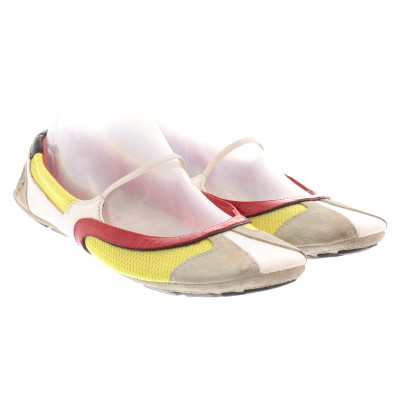 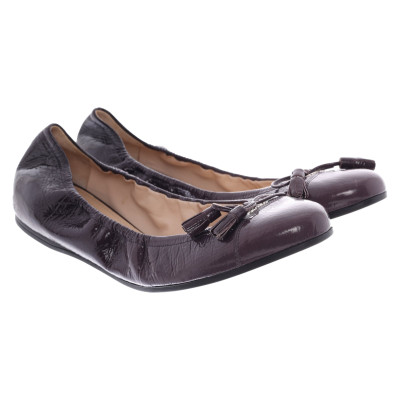 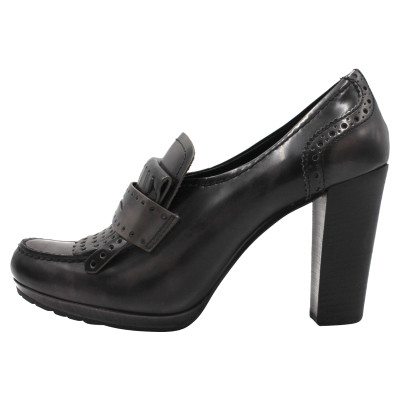 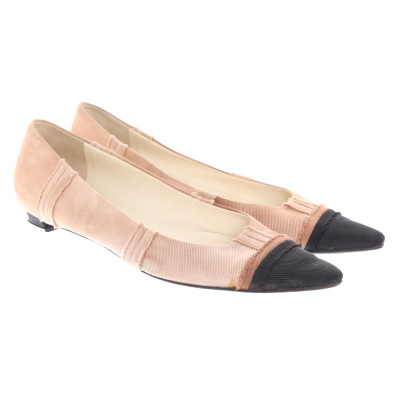 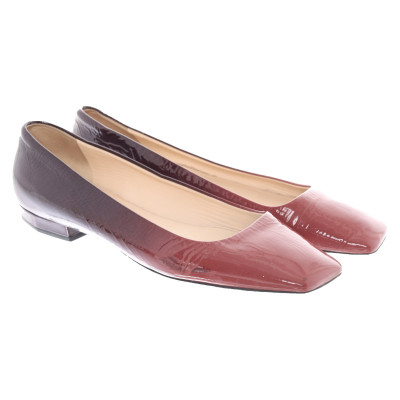 More Slippers and Ballerinas of Prada

Prada From The First Day

Prada was founded in 1913 by brothers Mario and Martino Prada. The house initially started out as a leather goods store, under the name Fratelli Prada - “brothers Prada”. They sold their own leather accessories as well as steam trunks imported from England. Their clientele consisted of Europe’s upper-class horsemen who flocked to the store to purchase high-quality leather riding goods. Prada quickly garnered a strong reputation for quality goods made from the finest leather. The brand survived decades as a leather goods provider, but it wasn’t until Miuccia Prada joined the company in 1970 that they began to move towards the fashion circuit.

When Miuccia Prada and husband Patrizio Bertelli officially took control of Prada in 1978, they began to reinvent the company almost immediately. Lines of bags hit the shelves first - totes and backpacks made of military-grade nylon that Mario Prada had once covered steam trunks in. The bags were picked up by many high-end department stores and in 1983 Prada opened its second boutique in Milan. Expansion was quick to take place, and stores opened up across Europe over the next couple of years. The brand introduced lines of Prada boots, flats, heels and other shoes as well as ready-to-wear, all to high degrees of success. The label hit its first peak in the 90s, famed for its sleek, urbane style. Today, Prada is still in the capable hands of Miuccia and continues to be a symbol of expensive, opulent style in the 21st century.

Prada’s slippers and ballerinas are amongst the most coveted items in the repertoire of the fashion house. Shoes by Prada have long been a hot commodity, easily the brand’s most popular collection. Their footwear is modern and feminine, taking classic shoe shapes and twisting them into something new and defined. Prada pumps and peeptoes are symbolic of unrelenting, unapologetic style - they don’t say the devil wears Prada for nothing. Fierce, fabulous women with flawless taste in footwear should own a pair of shoes or ten from this house.

Today Prada is still leading the fashion pack in terms of boss-babe style; just ask the countless women who’ve been rocking Prada’s footwear to board meetings, brunch, big nights out and everything in between. Sofia Vergara, Amanda Seyfried and Miranda Kerr are all frequent wearers of Prada ankle boots, heels and flats.

*Can be redeemed several times without minimum order value until 11/12/2022. The voucher cannot be used in conjunction with any further offers. Maximum shipping discount: € 15,90.