Made for women with a cut-throat approach to style, Prada’s shoe collections positively ooze fierce, flawless attitude. Their boots are the definition of modern luxe, offering style to match with any outfit as long as it’s fabulous. Treat yourself to a pair of their stunning ankle boots - you won’t regret it. 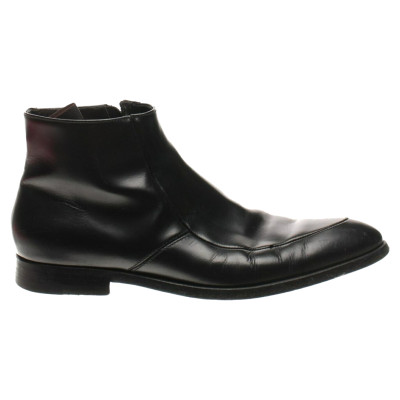 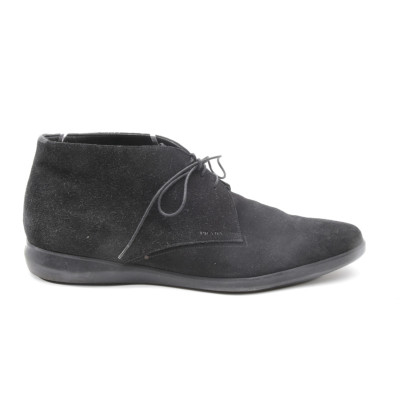 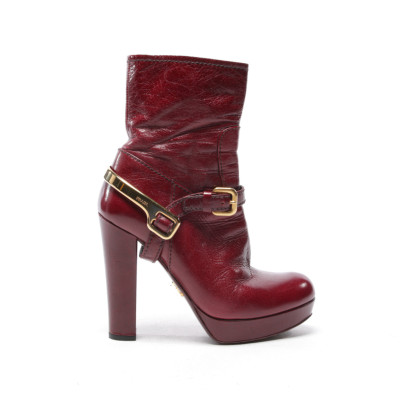 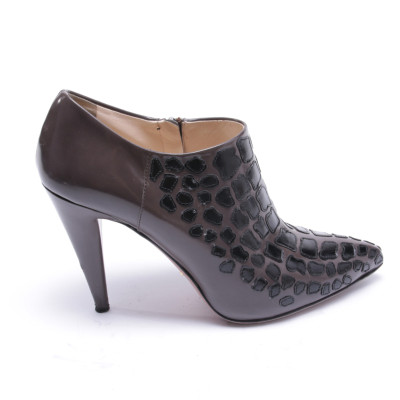 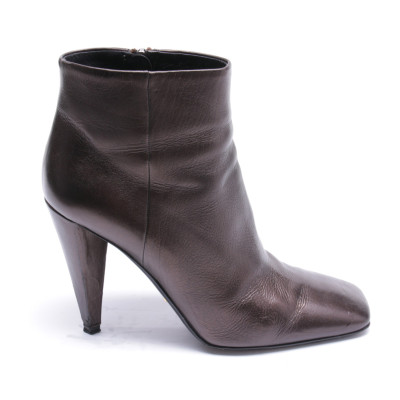 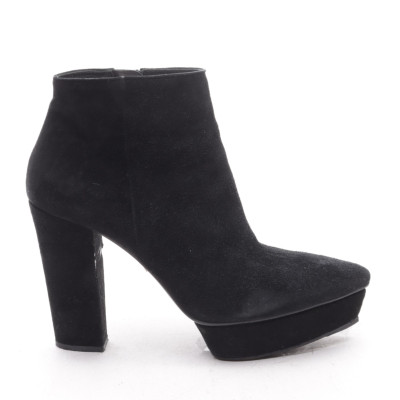 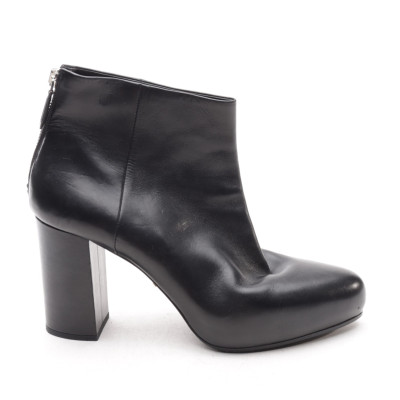 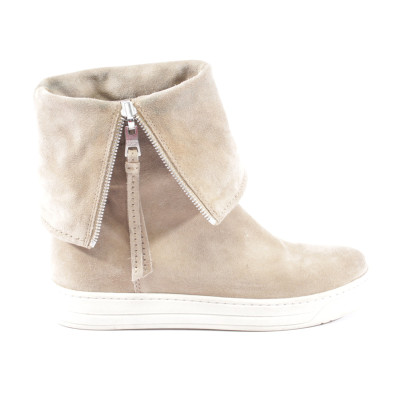 The First Family of Italian Fashion

Prada has been a tight-knit, family-run business since it first opened its doors as a leather goods store in 1913. Founded by brothers Mario and Martino Prada, the house initially supplied leather goods and imported steamer trunks to the wealthy, elite inhabitants of Europe. The brothers made a solid, reputable name for themselves in Italy and beyond due to the calibre of their leather products. Mario did not believe women had a mind for business, and intended his company to go to his son upon his death. However, his son wanted nothing to do with Prada and ironically enough the company passed into the hands of his daughter Luisa. She became head of Prada in the 1950s and was responsible for the brand for two decades before bringing her own daughter Miuccia on-board in 1970. Miuccia succeeded her mother has head of Prada in 1978 and in doing so sparked a new era in Prada’s history. Since her take-over, Miuccia has risen Prada from small-time leather goods company to high-end fashion house with points of sale across the globe and features inside the cover of every fashion magazine. Today Miuccia remains responsible for Prada and the company remains in the hands of a family member - just as Mario had intended.

Prada ankle boots are the definition of sophistication. Made from refined, rich leather and embellished with touches of gold, silver and other precious metals, their boots are a thing of distinction. Prada boots are perfect for both slouching around the house and pounding the pavements of capital cities, offering versatile style to compliment any wardrobe - as long as it’s fierce! Prada pumps and peeptoes are also a must, offering killer style and an attitude to match. If you’re a fan of flawless fashion with a cut-throat edge, you really need to treat yourself to some high heeled Prada sandals, boots or heels. Everyone in Hollywood is guaranteed to own a pair of Prada shoes. Demi Lovato, Eva Mendes and Beyoncé are amongst the brand’s most loyal fans.

Prada is still a strong contender each season during fashion weeks, displaying some of the finest, fanciest footwear available on the market. Their shoes are slick, stylish and statement-making and are a must-purchase for any ladies with an attitude! Authentic Prada slippers and ballerinas, sandals, ankle boots and other footwear is available second-hand at REBELLE.com.

*Can be redeemed several times without minimum order value until 28/11/2022. The voucher cannot be used in conjunction with any further offers.