The most famous products by the Louis Vuitton brand are bags in a variety of designs. The most well-known and popular models include the Louis Vuitton “Speedy” and the “Keep All”. However, the travel bags and trunks date back to the early days of Louis Vuitton. 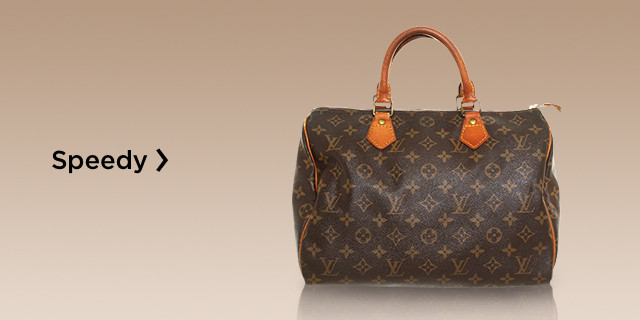 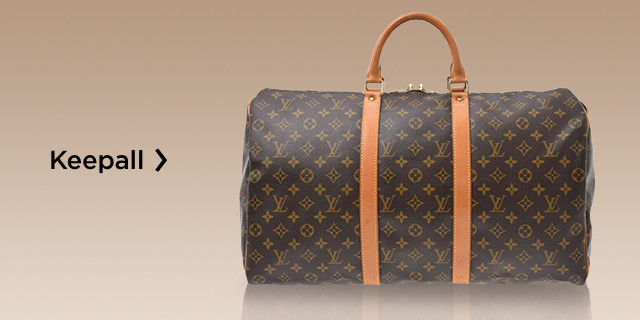 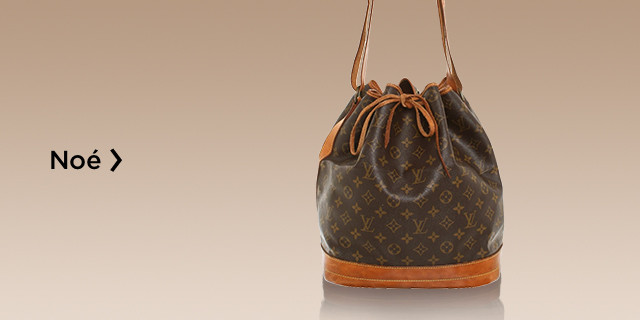 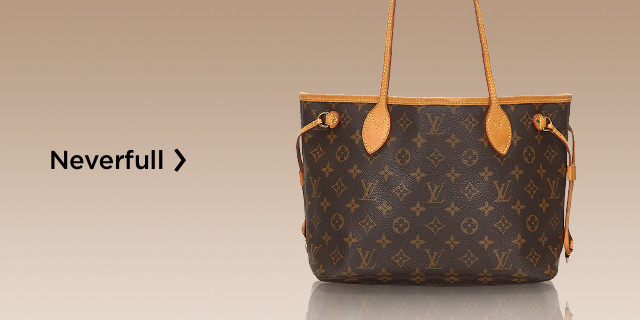 My size
New
Save your size and filter the items with just one click.
Color-
Designer+
Model+
Condition+
Material+
Season+
Price-
€
to
€
Ready to ship+
only with right to return+
1 - 60 from more than 10000 products
EARLY BIRD 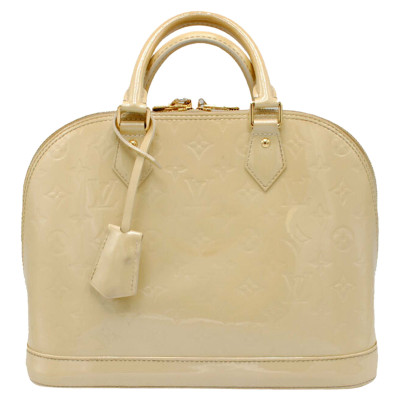 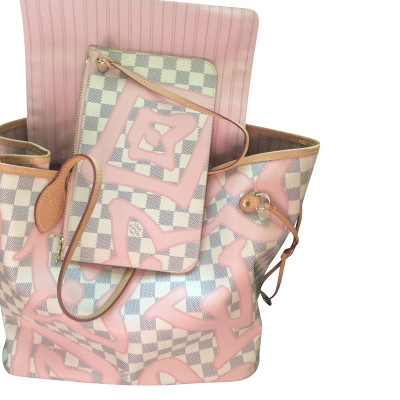 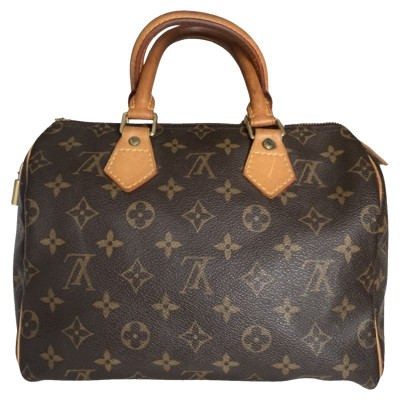 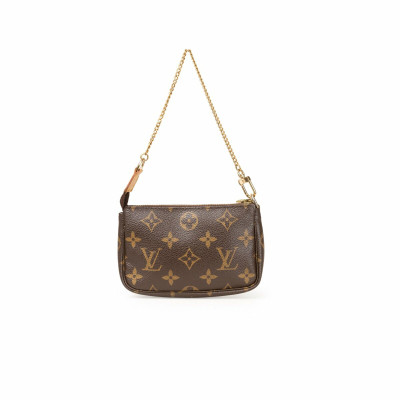 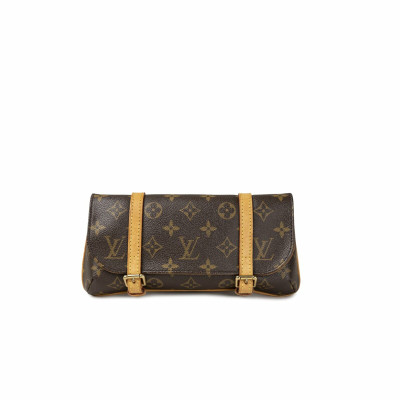 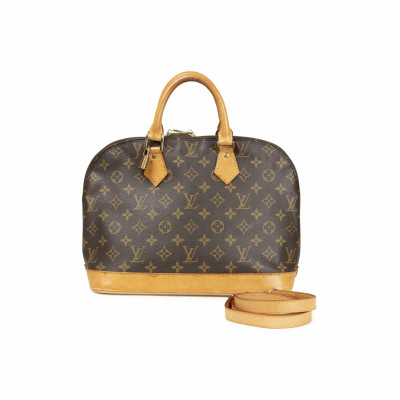 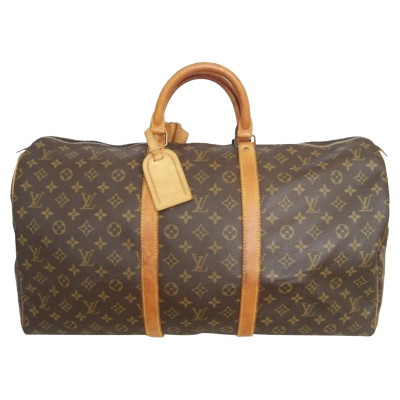 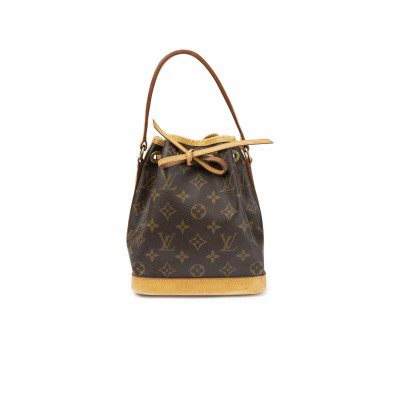 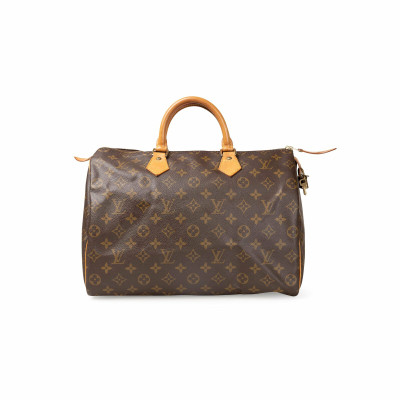 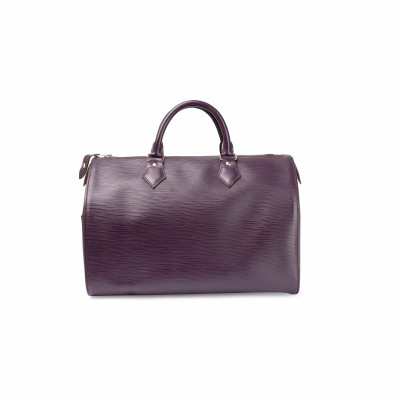 The history of the brand

Louis Vuitton opened his first shop in 1854 in Paris under the name “Louis Vuitton Malletier”. Malletier is the French word for a manufacturer of luggage. At that time, most trunks were very heavy or large. In contrast, the Louis Vuitton trunks were slim, light and still highly valuable. This new design made travel considerably easier and sold extremely well, and as such, the Louis Vuitton travel bags became the company’s flagship product. He later opened a factory with 20 employees in order to meet the demand. He continued to develop his luggage even further and used a variety of materials. Initially, canvas impregnated with rye flour was used for the exterior.

The Louis Vuitton company and its logo

As early as 1914, the Louis Vuitton production facility in Asniéres employed 255 workers, and it is still there today. The former home of the Vuitton family now serves as a company museum. The globally-recognised logo and pattern were developed by Louis Vuitton’s son, George Vuitton, in 1896. This helped to protect the company against imitators. The pattern features stylised blossoms and favours a youthful style. The design of the pattern was inspired by a trend at that time, which was to draw influence for designs from Oriental and Japanese motifs.

The variety of Louis Vuitton products

The product range was limited to suitcases to begin with, but was later expanded to include a wide variety of other types of bags. The Louis Vuitton handbags are extremely popular, and nowadays are made from soft leather instead of linen. The various models are divided into different collections based on material and form. In addition to bags Louis Vuitton also offers other products, such as [Louis Vuitton accessories] ](/en/louis-vuitton/accessories), ladies’ and men’s watches, and clothing. The brand is also expected to release a fragrance soon. There is a prêt-à-porter fashion line released biannually, which was originally brought to life by designer Marc Jacobs.