As a brand built on a keen eye for fine leather bags, it’s no surprise that Gucci’s bag collections contain some of the most anticipated and sought-after designer bags in the world. A Gucci bag is an icon of luxury, affluence and opulence; just ask any star in Hollywood if they’ve got one hanging in their closets. 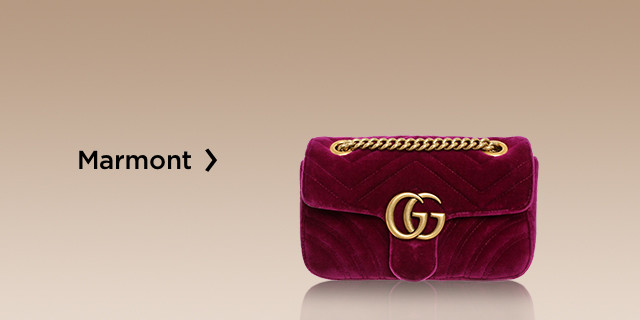 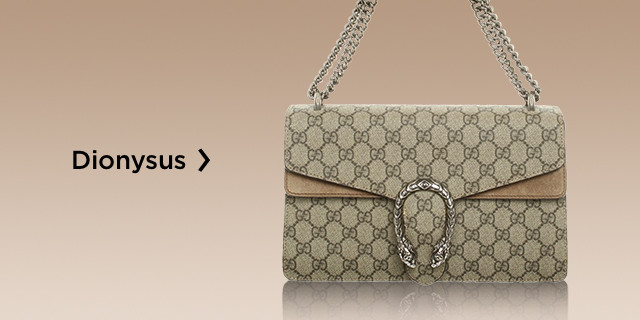 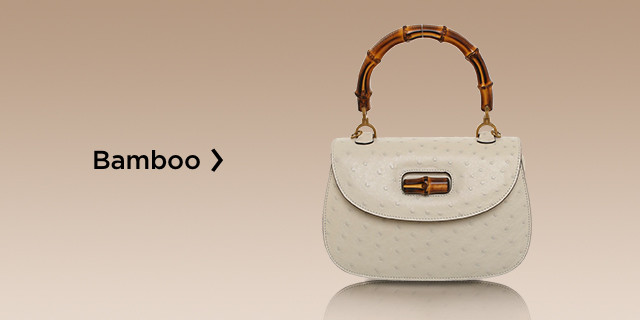 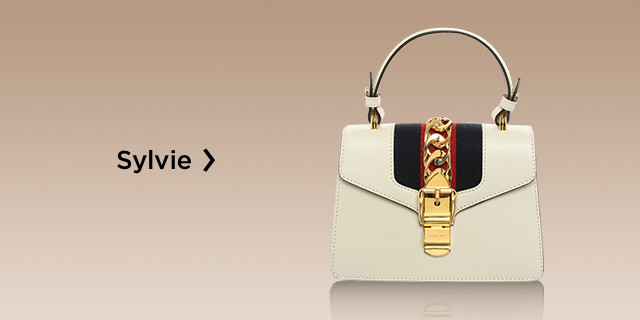 My size
New
Save your size and filter the items with just one click.
Belt size-
S
Color-
Designer+
Model+
Condition+
Material+
Season+
Price-
€
to
€
Ready to ship+
only with right to return+
1 - 60 of 4,057 products
EARLY BIRD 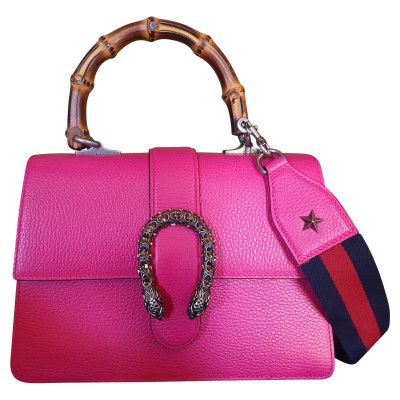 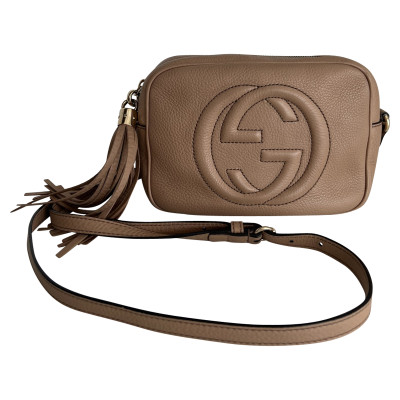 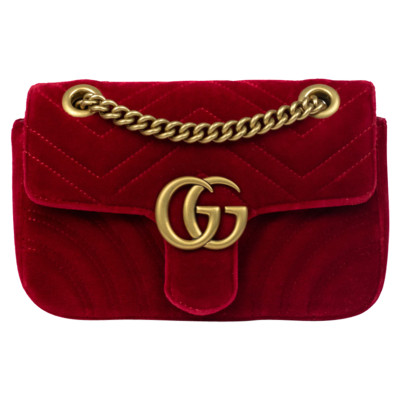 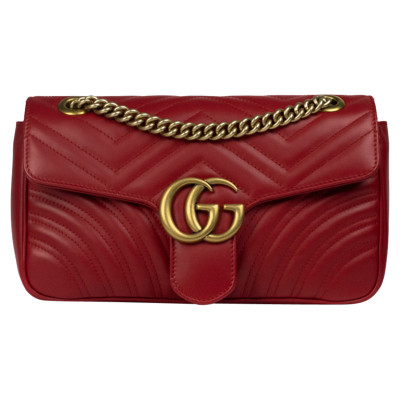 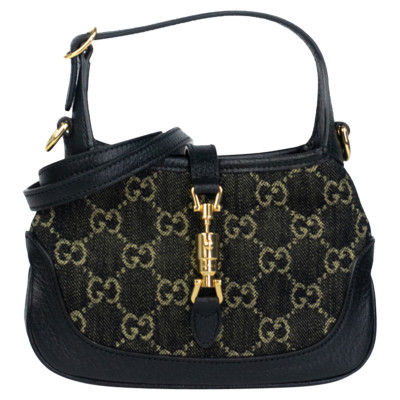 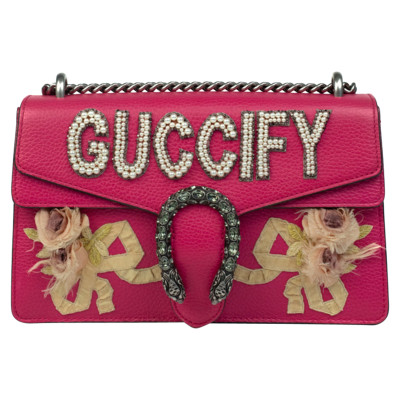 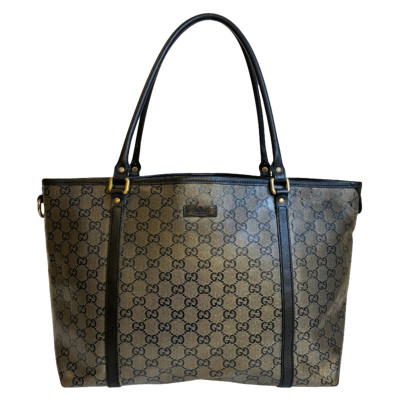 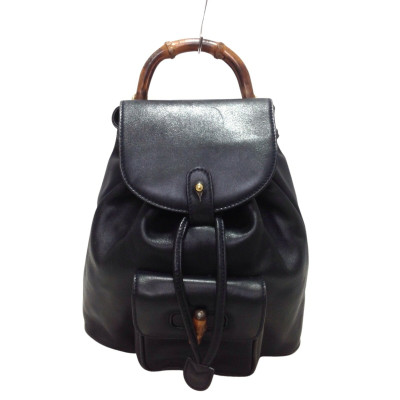 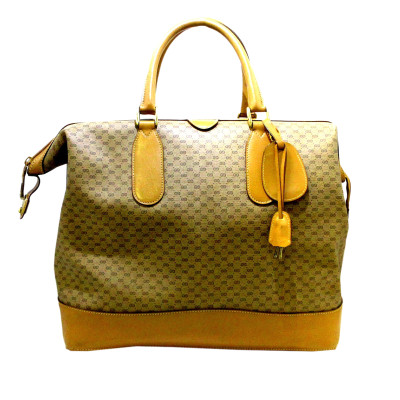 Guccio Gucci was an Italian fashion designer and businessperson best known for his work with eponymous fashion house Gucci. As a youth, Gucci took a job as a lift boy in an upscale hotel in London. Here he found his first inspiration as a designer. The high-end suitcases and bags belonging to guests led him to return home and begin designing his own lines of travel accessories. In 1921 he founded the house of Gucci. The Gucci bag quickly became a coveted item to the general public during WWII. Due to material shortages, the designer began crafting Gucci handbags from plain canvas and inscribing them with the Gucci crest. This crest eventually became synonymous with the city of Florence, Gucci’s home. He passed away in 1953 aged 71, leaving behind an eternal legacy through his timeless fashion house.

The Rich History of Gucci

Gucci was founded as a family-run leather accessories store in Florence, Italy in 1921. The appeal of the Gucci bag was instantaneous. Gucci’s love of good leather and fine detailing worked towards creating collections of bags that surpassed every other accessory on the market. In the days before WWII, the brand expanded and opened stores in Milan and Rome. The popularity of Gucci bags bloomed during the war, with Gucci’s patented, branded canvas handbags selling out. In 1953, the fashion house opened up its first store in the US - the same year Guccio Gucci passed away. Under the guidance of his sons and later expert designers, the house has remained one of Italy’s hottest commodities.

Considering the first collection Guccio Gucci ever designed was a line of Gucci travel bags, it’s spot-on to assume that a Gucci bag today is a thing of art. Rich, fine materials such as animal fur, leather and suede are combined and sewn into sleek shapes, then embellished with delicate metallic accents to create beautiful Gucci clutches, handbags and everything in between. Many bags are famous for having the signature Gucci “G” symbol on the fabric or the clasps, a sign of prosperity and status. A Gucci shoulder-bag is the perfect way to introduce some glamour to your day-to-day outfits.

Gucci’s astronomical popularity continues to soar ever-higher in modern fashion. With celebrities such as Rihanna spotted dangling a Gucci tote bag off her arm, the brand continue to stay at the forefront of modern Italian fashion. A Gucci bag will always be a popular choice among the style elite. Authentic Gucci backpacks, handbags, shoppers and other items can all be found second-hand at REBELLE.com. All of our items are thoroughly checked for quality and authenticity.