Rightfully credited with the rise of the ballerina pump as a fashion statement. French Sole has been a trusted and beloved footwear brand since 1989. With notable women such as Princess Diana listed in their customer base, it’s obvious that the brand are advocates for high-quality, beautiful footwear. 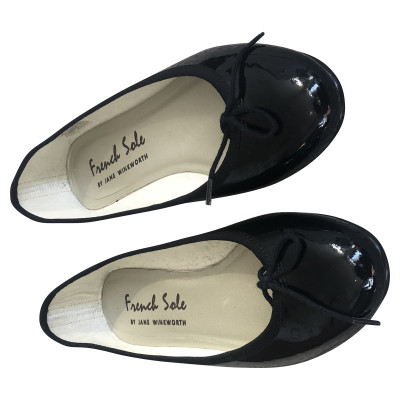 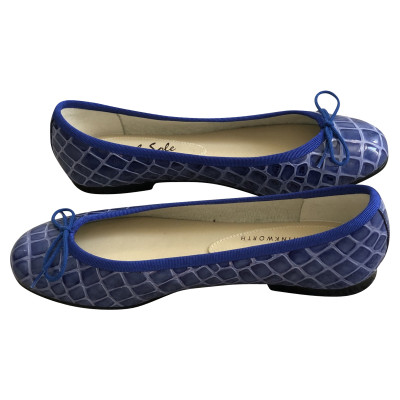 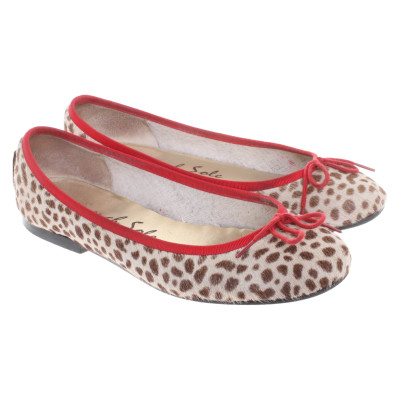 Jane Winkworth is a British fashion designer best known for founding French Sole shoes. Winkworth has been trained and interested in ballet since her childhood, and has a strong background in art. She designed her first collection of ballet flats in 1968 in London, but went into art restoration for a period before launching French Sole in 1989. She founded the brand after a chance encounter with a shoe salesman from a French factory. From then to now, the shoes have always been made with Winkworth’s choices of materials, colours and patterns, giving the brand a certain authenticity. The designer continues to create her wonderfully unique collections to the present day, and is credited with the sudden rise of the ballet pump as an everyday shoe.

The Pioneers of The Ballerina Shoe

The French Sole company was founded in 1989. Initially the brand was sold exclusively through Charity Fairs but soon the designer began a Mail Order service from her home in Chelsea, UK. Over the next years the brand gained exposure and popularity from picking up clients such as Princess Diana. Stores opened up all over London throughout the nineties. Today, French Sole ballerinas and pumps are manufactured in the original French factory they began with, but the brand has also opened a factory in Spain. French Sole have over 500 points of sale worldwide, including concessions in Selfridges, Harrods and House of Fraser. The brand continue to be the world’s favourite flat-shoe providers.

Jane Winkworth’s signature shoes became famous for their unique, bright designs that were in contrast to the ballet flats of the time. The brand has been a staple in fashion-forward wardrobes since its inception in 1989 and is widely credited with the popularity of ballerinas in recent times. French Sole reinvented the ballerina pump through rich, supple leather, unusual patterns and bright colours. However, Winkworth’s talent is not solely focused on leather flats. French Sole provide a range of heels, boots and other footwear using unusual materials like snakeskin and horsehair. Notable women took to French Sole from the very beginning - Princess Diana was one of their first advocates. French Sole is a classic, beloved brand responsible for some of fashion’s finest footwear.

Today, French Sole has extensive plans to continue expanding, with stores planned for various points worldwide. Celebrities including Claudia Schiffer, Kate Moss and Alexa Chung are all fans of the label. A pair of French Sole shoes is a fine statement of class and taste. Authentic French Sole footwear can be found second-hand at REBELLE.com. All of our items are thoroughly checked for quality and authenticity.