From the 1920s to now, Chanel’s suits have been considered a prime example of poise, class and good taste. The house has dressed many important women with their stunning suits, past and present. The most notable of these women was Jackie Kennedy, whose famous Pink suit was Chanel.

My size
New
Save your size and filter the items with just one click.
Clothes size-
XXS
XS
S
M
L
XL
Color-
Designer+
Condition+
Material+
Season+
Price-
€
to
€
Ready to ship+
only with right to return+
1 - 60 of 65 products
Ready to shipNew In 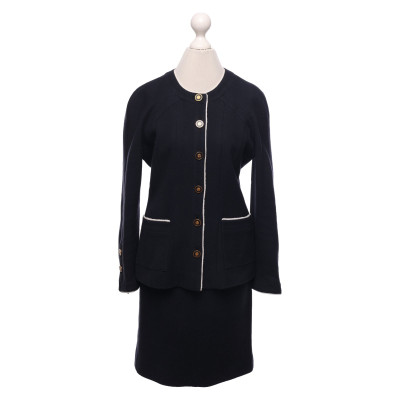 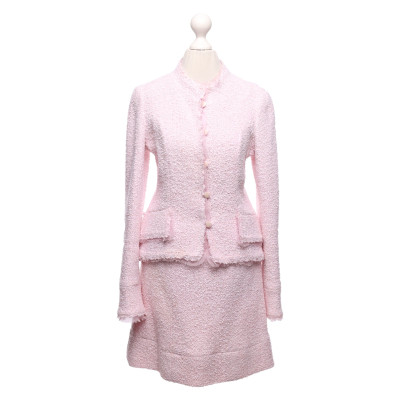 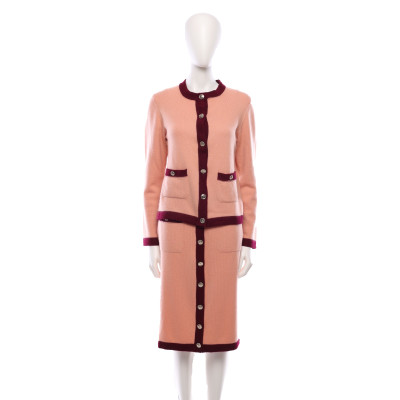 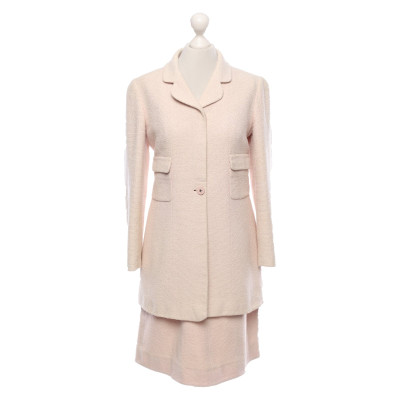 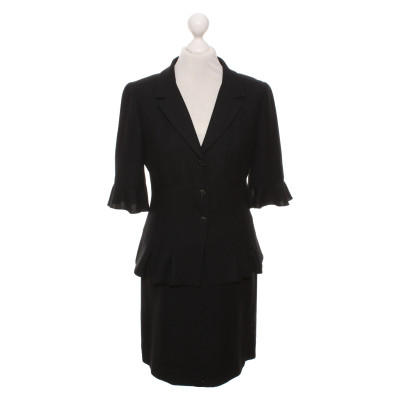 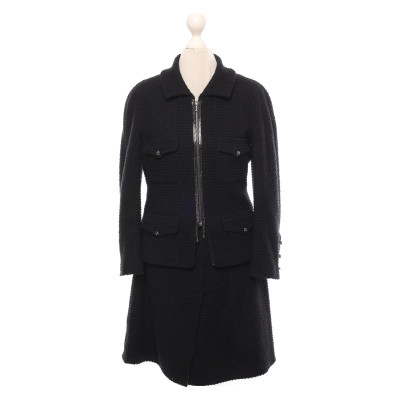 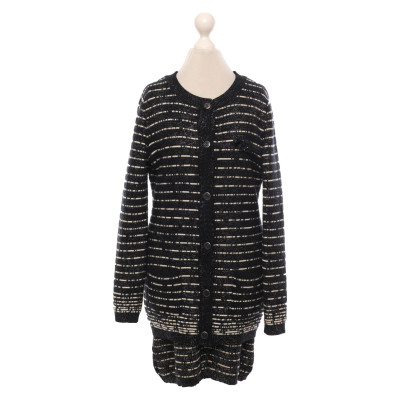 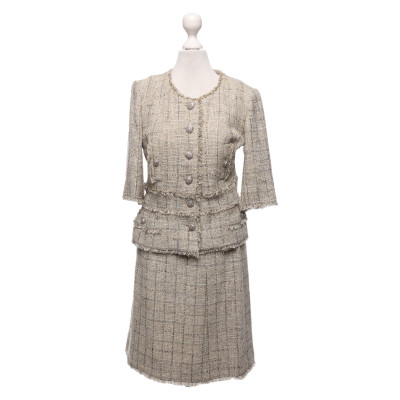 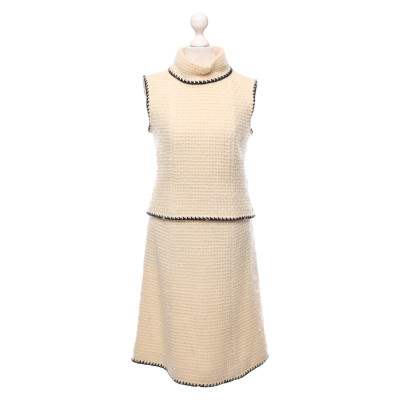 French fashion designer Coco Chanel is known far and wide as a revolutionary, the woman who turned 20th century high-fashion on its head. Coco’s first foray into fashion as a career came in 1910 when she opened her first ever store, a millinery for which she designed. Quickly her work became popular, and she began expanding. Coco opened more stores and started to design lines of Chanel dresses, skirts, suits and other items which were a roaring success. Chanel’s light, unrestricted sense of style was brand new at the time, polar opposite to the strict, rigid and sometimes cruel fashion of the era. Throughout her life she designed line after line of stunning clothing, building her empire on her own terms. She died in 1971 following a remarkable career in fashion.

The Chanel lady is one of poise, stature and elegance. She carries herself in a delicate yet determined way and understands what true style is. The epitome of the Chanel lady can be seen in the Chanel suit. A prime example of Chanel’s glorious marrying of masculine design and feminine fashion, Chanel’s suits have been uber-popular since they made their debut in the 1920s. Made from soft, relaxed materials and embellished with metallic buttons and trimmed edges, the original Chanel suit was an instant hit. The outfit was instrumental in the transition of fashion from rigid to relaxed. Many 20th century icons wore the suit on occasion, including Ina Claire and Jacqueline Kennedy. The famous pink suit that Kennedy was wearing on the day of her husband’s assassination was a Chanel suit. It’s currently on display in the National Archives of the US. Chanel’s suits are only the tip of the iceberg, however. The house graces each and every collection with an air of poise and put-togetherness that is unique to Chanel. Chanel skirts, tops, shoes and other items are a shining example of glamour without being garish.

Chanel has updated their classic collections of suits each season, reinventing them in candy-bright colours and rich materials. The house remains a pivotal French label, offering up some of the very best couture and ready-to-wear across the board each season. Ladies such as Lily-Rose Depp, Blake Lively and Kendall Jenner are all fans, sporting Chanel trousers, suits and other items on occasion. Authentic Chanel knitwear, shorts, tops, suits and other items can be found second-hand at REBELLE.com. All of our items are thoroughly checked for quality and authenticity.