An essential label in French high-fashion, Chanel has been setting trends and redefining ladylikeness for almost a century. Their pretty, poised collections of footwear have always been to-die-for; from the first pair of two-tone slingbacks to the latest release of stunning shoes, Chanel footwear has been a favourite of fashionistas worldwide. 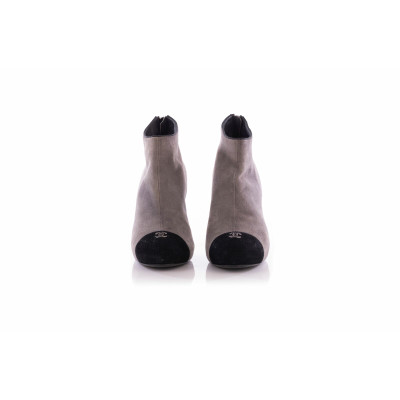 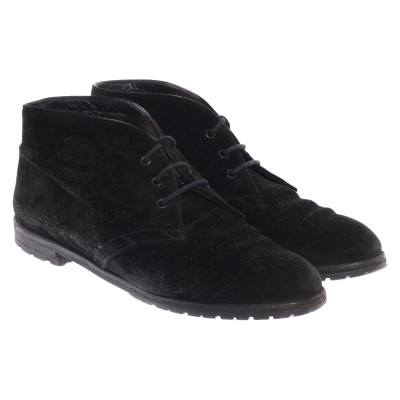 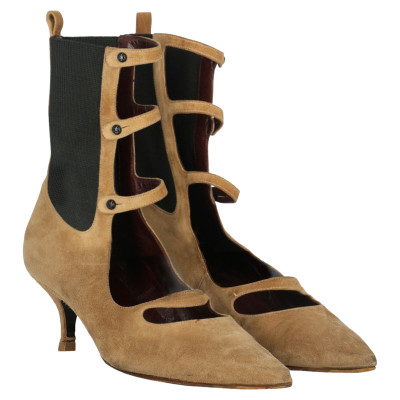 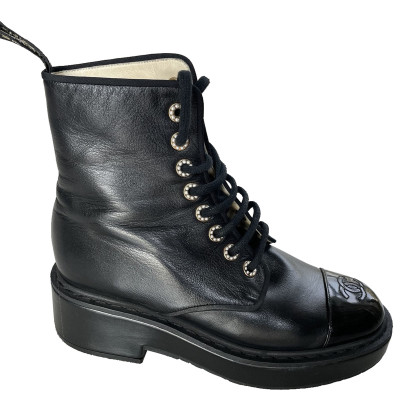 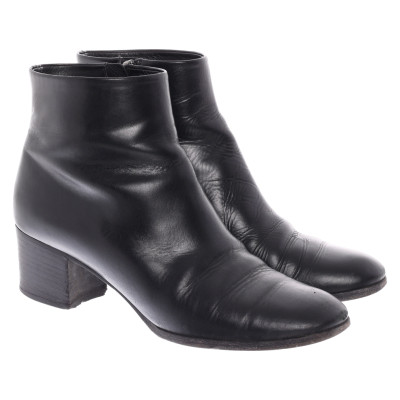 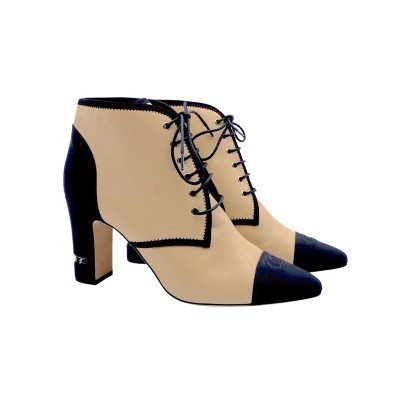 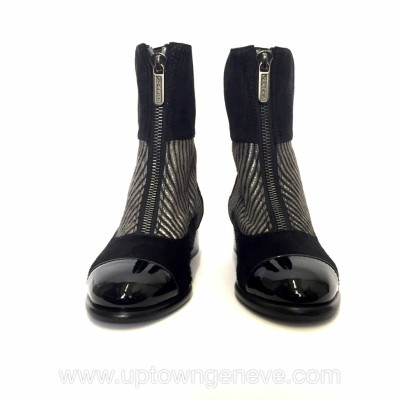 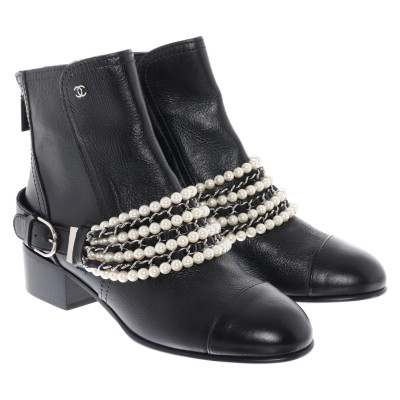 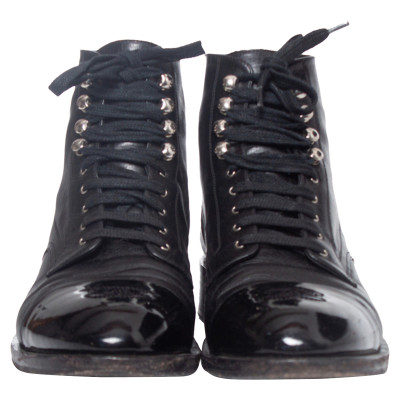 Karl Lagerfeld was born in Hamburg, Germany in what’s reported to be 1933 - the designer has never been forthcoming about his true birthday, preferring to give later years than what we suspect to be the real year. As a child he was raised in an intellectual household, giving him ample freedom to develop his interests as he pleased. He displayed a love for fashion from childhood, cutting out photos from fashion magazines and giving critical opinions on what his classmates wore to school. At the age of 14 he dropped out of school and moved to Paris to pursue a life of fashion. His first break came when he entered a design competition; he won and subsequently was offered an apprenticeship with famed Parisian designer Pierre Balmain. He learned from Balmain for three years before being offered a position at Chloé, another esteemed house. By the 1980s Lagerfeld had reached celebrity status. Famed for his work in design as well as art collaborations with the likes of Andy Warhol, the designer had carved out a place for himself in Paris that would never be taken from him. He was offered a position designing for Chanel, where today he remains in the position of creative director. Lagerfeld is credited with updating Chanel for a new era of style, bringing them into the 21st century while retaining their core sense of poise and grace.

The Good Graces of Chanel

Chanel’s shoe collections are always a treat to pore over; classic, ladylike shapes reworked with modern fashion in mind is the order of the day, with each pair of shoes offering something unique and irreplaceable. Since the release of the two-tone slingback by Coco herself, Chanel’s footwear collections have been synonymous with a sense of elegance and confidence that is usually reserved for the most stylish of women - Audrey Hepburn, Brigitte Bardot and Marilyn Monroe spring to mind. These days that image of Chanel boots, heels and flats hasn’t changed much. We still associate them with women of substance, talent and never-ending grace. Chanel pumps and peeptoes keep embellishment restricted, preferring to work colour and shape to make their shoes stand out. If you’re looking for an item to add value to your wardrobe, make it a pair of shoes from Chanel.

With Paris remaining the hottest style capital in contemporary fashion, the onus is on Chanel each and every season to deliver groundbreaking, trend-making collections - and they outdo themselves every time. Karl Lagerfeld’s bold, unapologetic design continues to keep Chanel at the forefront of French fashion. Authentic Chanel slippers and ballerinas, ankle boots, boots and other footwear are available second-hand at REBELLE.com.