The blazer skilfully combines feminine elegance and casualness. It should therefore be a permanent feature in your wardrobe as it can pep up any outfit. Browse the REBELLE shop and find your new, second-hand, designer blazer. 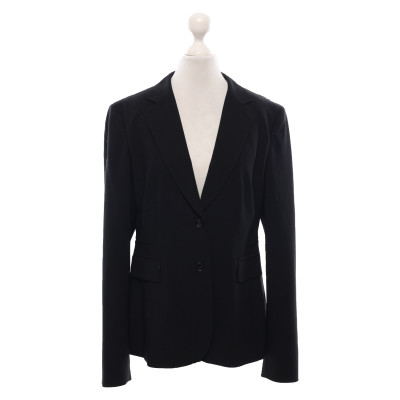 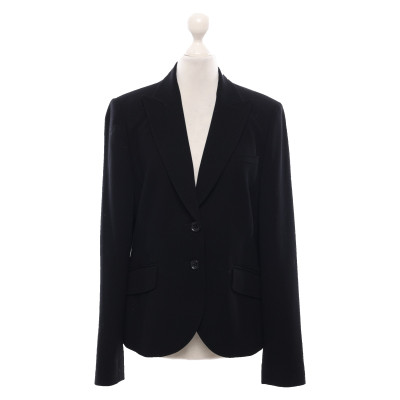 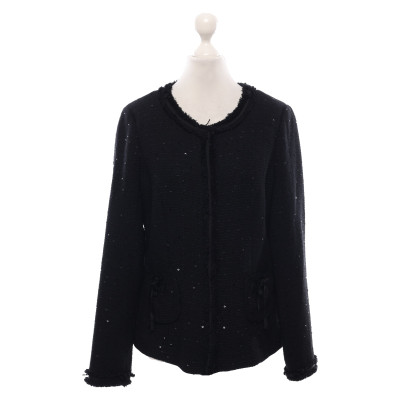 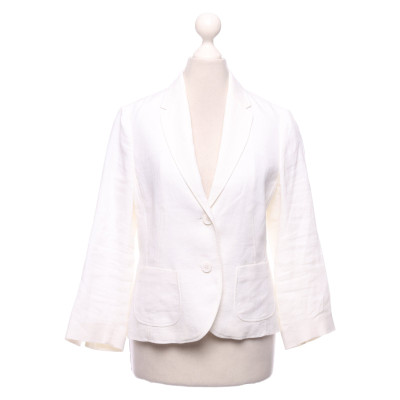 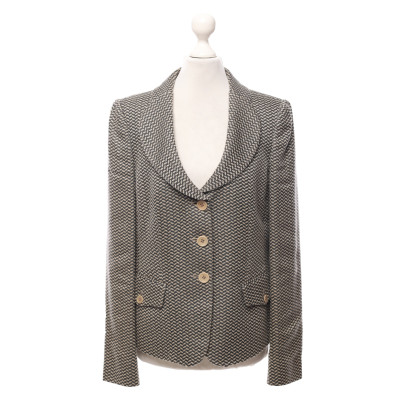 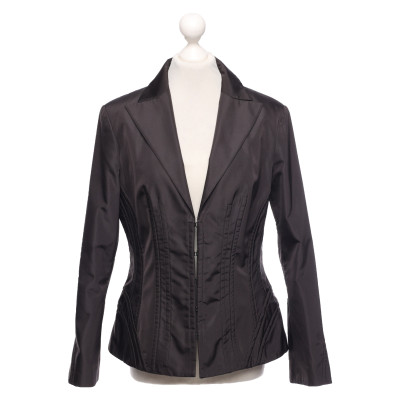 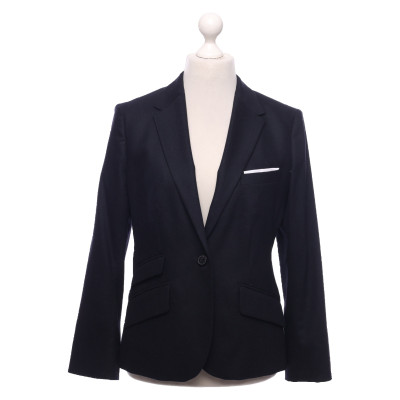 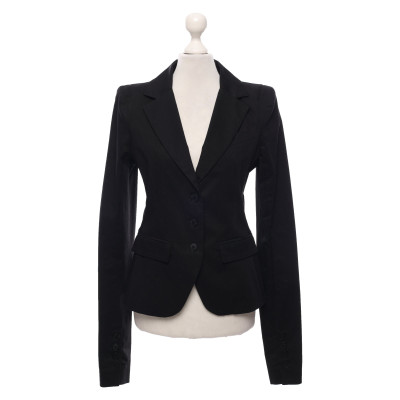 Initially limited exclusively to gentlemen’s clubs, the blazer has luckily taken its place as a popular basic in the world of women’s fashion. A perfect mixture of casual and elegant combined with a hint of femininity, blazers are a very versatile item of clothing. From the famous Chanel style blazer to elegant long blazers, the cut is usually fitted to emphasise the feminine figure. Casual blazers feature one or more buttons, a lapel collar and a loose fit. There are also various lengths and materials to choose from depending on your taste and style. Classic, feminine Chanel blazers are perfect for special occasions while Hugo Boss blazers are ideal for business outfits. From linen blazers for the summer or thicker woollen ones, these casual jackets can be easily combined with many other items of clothing.

For a long time now, women’s blazers have been much more than simply an item of office clothing and are chosen just as frequently for casual wear. You can quite simply exchange your pencil skirt for a pair of sexy jeans et voila! Your going-out-after-work outfit is complete! If you want something a little more eye-catching, combine your blazer with a mini skirt and create a stylish mix of subtle and sexy. As a blazer is a type of jacket, you can also use it like one. It’s particularly useful between seasons as an alternative to a coat or a jacket. Combine your blazer with a scarf and it’s clear that you’re wearing it as outerwear.

Originally a lightweight sports jacket featuring emblems and metal buttons and giving the wearer enough freedom of movement, the blazer was a man’s jacket that got its name either from Queen Victoria or from a Cambridge rowing club, depending on who you believe. When inspecting the frigate HMS Blazer, Queen Victoria is said to have expressed her appreciation of the crew’s newly designed uniform jackets. This led to other ships adopting the same style of jackets. However, other opinions say that the ‘blazing’ red sports jackets of a Cambridge rowing club started the trend. Wherever the name came from is by-the-by – we know that a blazer is a must-have item of clothing in every woman’s wardrobe.