Ancient Greek Sandals is a brand of luxury footwear, designed by Christina Martini. The brand is famed for its handmade sandals and wedges, infusing mythological designs with contemporary style and is favoured by fashionistas the world over. 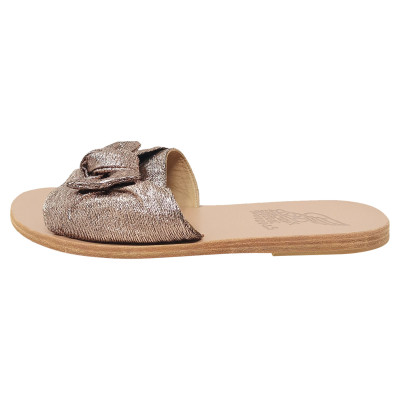 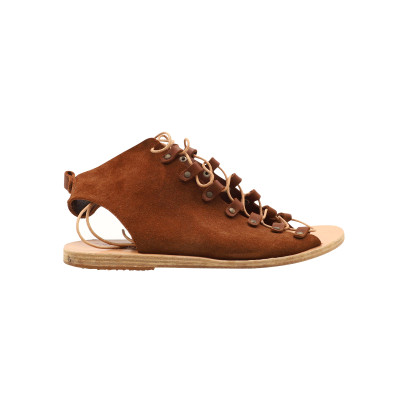 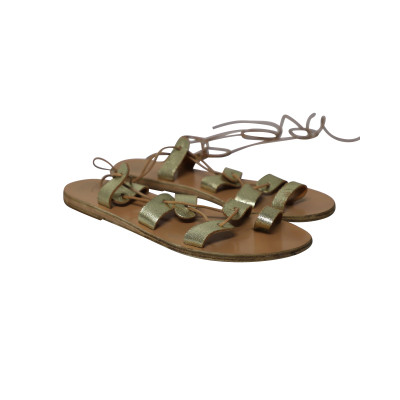 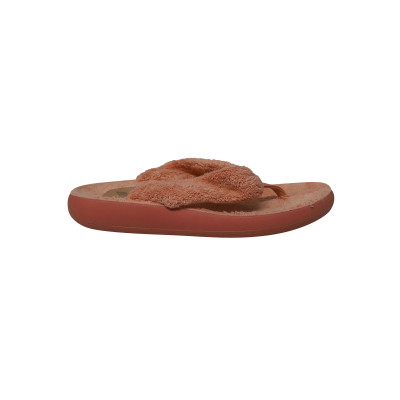 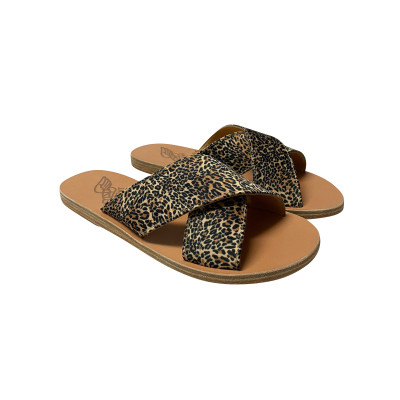 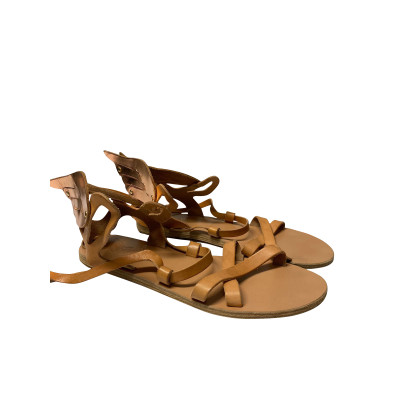 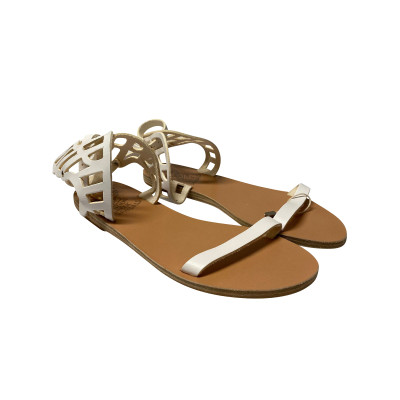 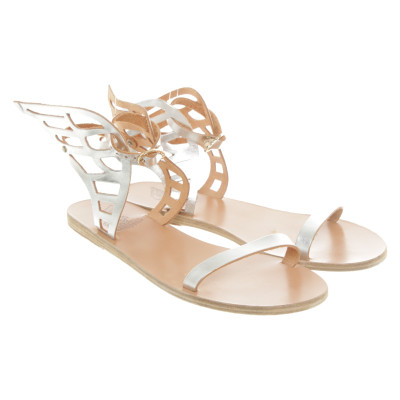 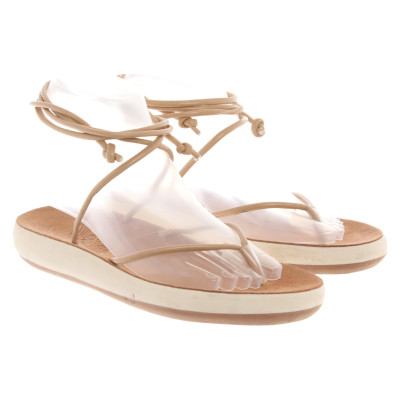 The God and Goddess Behind Ancient Greek Sandals

Christina Martini was born on the island of Corfu, and went on to study at the prestigious footwear college Cordwainers in London. After graduating, she worked for noted designers Balenciaga and Louis Vuitton in the city of Paris. She met co-founder Nikolas Mingolu through a mutual friend. Nikolas had an impressive background in shoe design, and the pair hit it off instantly. Both had grown up in Greece and were infatuated with its mythology, culture and history. Martini had a love for Greek sandals and would often buy pairs on holidays, and Mingolu had noticed a similar pattern among his classmates. What followed that initial meeting was the blossoming of an excellent partnership in footwear design.

The History of Ancient Greek Sandals

After deciding that there was a gap in the footwear market for these shoes, they launched Ancient Greek Sandals shoes in 2012. The brand has since taken off and become a cult favourite, fulfilling the need for a quality brand of sandal. Martini and Mingolu from the very beginning have had all of their footwear handmade in Greece, and have yet to stray away from this homegrown ethos. Since their launch, the brand has been stocked in countless high-end retailers such as Selfridges in London, Le Bon Marche in Paris, and Barneys New York in the US, as well as online at Net-A-Porter. Ancient Greek Sandals continues to enjoy rapturous success into 2017.

Ancient Greek Sandals are inspired by a deep love of Greece and its intriguing mythology, culture and history. Designers Martini and Mingolu infuse contemporary style with other-worldly embellishments to make the most enviable sandals on the market. They have no shortage of inspiration - Greek mythology is an endless muse, offering tons of unique and eye-catching ideas. All of the brand’s shoes are handmade in Greece through traditional techniques, adding an old-world charm to every pair. It’s not hard to understand why they’ve become a favourite among Hollywood’s elite. Vanessa Hudgens, Lucy Hale and Taylor Swift are all fond of the brand, with all three boasting a pair of Ancient Greek Sandals sandals in their closets.

Ancient Greek Sandals are still on the path to world domination; business is booming, and every sunny day will see pairs of these sandals pounding the pavements of LA. They’re continuing with their handmade manufacturing process in Greece, staying true to their promise. Authentic Ancient Greek Sandals shoes can be found second-hand at REBELLE.com. All of our items are thoroughly checked for quality and authenticity.