Founded in 1994, Agent Provocateur is a luxury fashion brand for women. Agent Provocateur primarily design and produce lingerie. They also design accessories, swimwear, sleepwear and shoes, as well as a ready-to-wear clothing line.

My size
New
Save your size and filter the items with just one click.
Clothes size-
S
Color-
Price-
€
to
€
1 - 1 of 1 product
PopularReady to ship 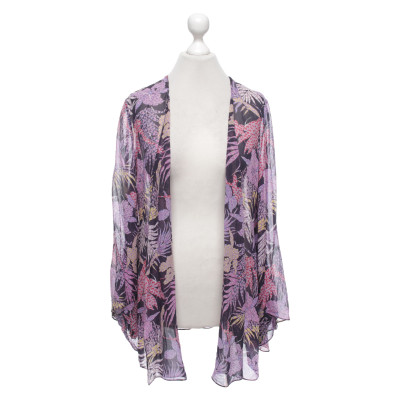 The Revival of Radiant Lingerie

[Agent Provocateur clothing](/en/agent-provocateur/clothes was founded in 1994 in London, England by Joseph Corré and his then-wife Serena Rees. Corré is the son of famed fashion designer Vivienne Westwood. Initially, Agent Provocateur’s purpose was to sell bright, colourful lingerie from other brands and suppliers. However, upon realising that their plan wasn’t viable, they began manufacturing their own line of lingerie. In the 2000s, the brand collaborated with high-street store Marks & Spencer to release the “Salon Rose” collection, which received high praise. They upped their advertising campaign, producing viral videos starring celebrities such as Kylie Minogue, and even released a music album titled “Peep Show”. The brand expanded into Agent Provocateur shoes, accessories, swimwear and a ready-to-wear line, all launched in the last decade.

The Power Couple Behind Agent Provocateur

Joseph Corré is an English businessman who founded Agent Provocateur in 1994. At the time, he was married to Serena Rees, and the pair decided to launch the lingerie brand together. Corré descends from fashion royalty; his mother is the celebrated designer Dame Vivienne Westwood. His father, Malcolm McLaren, is a famed fashion maverick and businessman. In 1994, tired of seeing the same dull underwear in stores, Rees suggested that the pair launch a lingerie retailer. When the couple couldn’t find any lingerie to sell that matched their vision, they decided to begin designing and manufacturing their own - thus, Agent Provocateur came to be. The pair achieved worldwide success, but divorced in 2007. The sold the company. Corré was awarded an MBE for his services to the fashion industry in the same year as his divorce. He went on to work for cosmetics brand Illamasqua and opened an independent boutique named “A Child of the Jago”.

Sensuous Style with A Saccharine Edge

Agent Provocateur was launched with the sole purpose of dismantling the stale, outdated lingerie market of 1994. From the beginning, Rees and Corré were dedicated to individuality and boldness, and this is apparent in the brand’s lines. The brand prides itself on its craftsmanship, and has built up a fanbase on the back of their uniqueness and dedication to well-made clothing. Their lingerie is sensual and confident, but with an edge that allows them to stand out. The bright, unconventional hues and playful use of fabric are game-changers, and have rocketed Agent Provocateur to the top of every girl’s lingerie wishlist.

Today, Agent Provocateur is still dominating the lingerie market, as well as maintaining a ready-to-wear clothing line and a series of fragrances. Celebrity fans include Kate Moss, Kylie Jenner and former FLOTUS Michelle Obama. Authentic Agent Provocateur clothing and shoes can be found second-hand at REBELLE.com. All of our items are thoroughly checked for quality and authenticity.